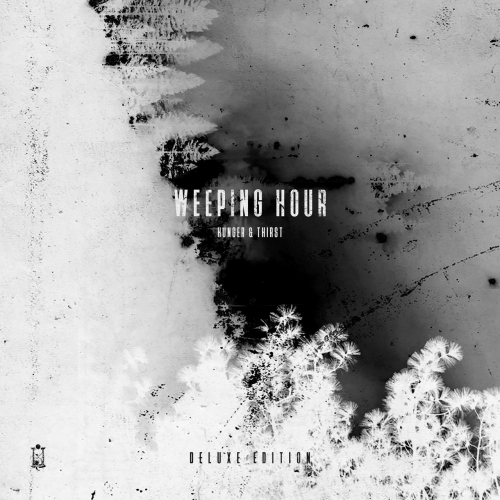 Weeping Hour is a progressive metalcore band from Monroe, Louisiana. They are the culmination of They Will Fall and Courier. Their debut record picks up seamlessly from where they left off, showcasing how immensely they’ve grown as musicians and followers of Christ. Hunger & Thirst is a deeply convicting record, as it delves into the bittersweet reality of pain & suffering in the Christian life, leaving the listener with a lot to reflect on and consider.

Sonically, the album is very technical, groovy, and aggressive but also melodic. Instrumental tracks like "In Medias Res" & "Woe to Those at Ease" convey an emotional yet beautiful, and deep sound by the addition of orchestral and cinematic effects. The songs reveal the technical and creative side of the band, with terrific guitar riffs, tasteful bass parts, and powerful drumming. The band’s djent influence is clear throughout the album and is wonderfully executed, as djent become monotonous if not implemented properly. Ambient and symphonic elements incorporated, add a nice touch that enhances and expands their sound. Vocalist, Ethan Prudhomme showcases his rather impressive versatility, through screams ranging from highs to lows, with the mid-range technique being the dominant force. The addition of instrumental versions of previous songs provides an even greater listening experience, as one gets to appreciate the finer details that went into crafting the record.

Lyrically, the album is very introspective yet Christ-centered.  "A Rumor of Wisdom" is a reflection on the fear of apostasy but instead of wallowing in despair, the lyricist finds his resolve in resting in the person and finished work of Christ: "And if the Son of Man must suffer, how much less do I deserve to be exempt / Create the context so that I can see the truth." "Foreign Flame" is based on Luke 18:7-8 and the song title is a reference to Leviticus 10, the Biblical account where Aaron's children offered an "unauthorized flame" to God and death was the consequence. In the song, "Weeping Hour",  the analogy of the holes Christ's hand existing in ours is used to convey the message of beauty in suffering: “There is beauty in torment / Sharers of suffering / Community in correlation / Sharers of sustenance / The holes in Your hands / Illustrate design / When those wholes exist in mine.”

Overall this is a fantastic album and is exactly what you would expect from a progressive metalcore band: technical, aggressive, creative, and groovy riffs, and some awesome breakdowns. Not to say they are generic, far from it. My only gripe with this album is that it’s rather short for progressive metalcore, without taking the instrumental tracks into account. However, instrumental tracks are outstanding, so it's not a major issue. With that said, "Hunger & Thirst" is a noteworthy progression from their previous record "On the Depths of Depravity" under the moniker They Will Fall.

In a dark world, filled with pain and suffering, Weeping Hour unashamedly points listeners to the eternal hope that can only be found in Christ, and this is exactly what the metal scene needs. It is more than just entertainment for these guys. Be sure to check out this masterpiece and stayed tuned for their future endeavors.