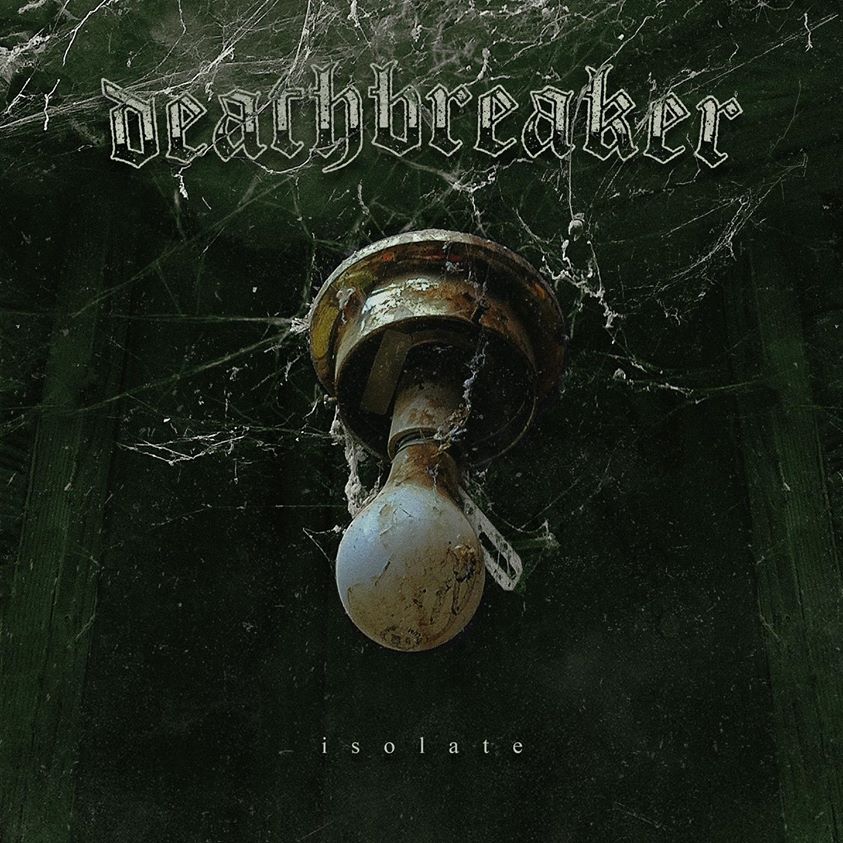 Deathbreaker is a Hardcore band from Olympia, WA, and is signed to Facedown Records. Members consist of Scott- Vocals, Kevin- Guitar, and Elijah- Bass.

Isolate is the band’s second album, and it gives the listener a full-force Hardcore experience that should not be missed by both fans of the genre or newcomers looking for something new.

Vocal Style: While I cannot find lyrics for the whole album, I will focus on the style. Throughout this record, the words are screamed and shouted at the listener in every song with such power and conviction that you want to keep listening to the album on repeat. The style used here gives off the vibe of some OG Hardcore bands, but with a lot more polish.

Sound: Every song on Isolate is a brutal assault on the senses. Crunchy and slamming drums drive each song forward and pound into the listener's ears. Guitars and bass sound clean throughout the record, with drums and guitars being brought to the front, but not in an offensive way. Everything sounds even, and each instrument shines. Vocals are grainy at times, but this really works with how the rest of the music is composed, this album sounds dirty and clean at the same time. Discordant strumming from the guitar gives off a vibe of intensity and even panic at times.

Final Thoughts and Highlights: Deathbreaker has created something special here. Isolate is an album that should not be missed this year. This is not a soft album, this is for people who are looking for a heavy musical beatdown, complete with screams and breakdowns. Start to finish, Isolate is about 34 minutes long, spanning 10 songs. None of the songs drag on or overstay their welcome, they are all paced perfectly and get right to the point. My standouts tracks for this record are “Spite,” “Pit Viper,” “Choke,” and “Blackout.”

Reason: The only thing holding it back is that it could be a little longer, with maybe one or two more tracks.

Deathbreaker’s Isolate is a furious album. So much so I almost took a pass on this album. While that may sound harsh, I had no idea what to make of the first couple of singles. I loved their previous album, which I found had "we’re struggling but God’s got us" message, while Choke had lyrics like “Choke on every word you spoke. Who’s your leader, your defender, where’s your hope?”

Thankfully, I took the time to follow up and look at every interview, review, and bit of press that came out for this release. They go to great lengths to explain that Isolate is a response to a situation that arose in their church where a Pastor was abusing his position. This mixed with the betrayal of a former friend and they have a lot of pain to work through. The problem I find is that the album almost works like a concept album and hearing a song like choke out of context as a single does it a bit of a disservice.

Ultimately, the album functions like an imprecatory Psalm. Psalms (see 69 or 109 for example,) in which the writer is calling down judgment or working through a great deal of anger. Taken as a whole there is still a message of hope to be found in Isolate. The lyrics “I can hear you in the darkness” from the song Strangers come to mind. In the end, there is anger to be found, the message is that we can’t judge God's love based on the failings of others and it is healthy to be able to honestly work through that pain and frustration brought on by those failings.