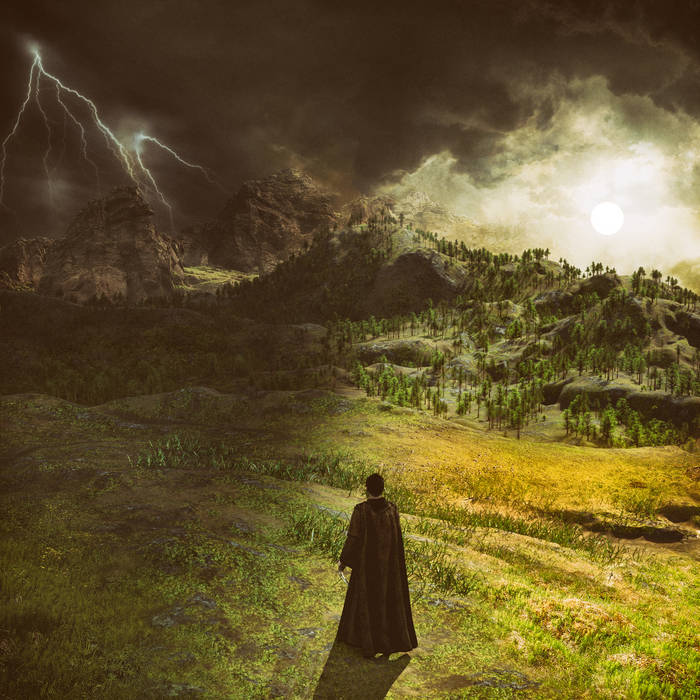 Let me start this review off by saying that while I do listen to a range of different styles of heavy/extreme music, I am primarily a fan of metalcore/hardcore. So with that said when our esteemed leader asked for someone who hadn’t heard Diatheke’s Magnify I was a bit uncertain as to how this would go. Then I opened up the lyric video link and saw that the song is 13 minutes long (I have a short attention span) and got really concerned.

Having no experience with the band I had assumed by the name and logo that I was going to be getting a black metal band. I hit play and was greeted with a slow mellow intro. Not quite what I expected, but still not out of the realm of my first thoughts. The intro sets a very pleasant atmosphere and I found myself really enjoying it. For a moment I had to pay closer attention to make sure I wasn’t listening to an acoustic song. When the transition inevitably happened, I was very surprised. We enter into more of a classic metal sound that I’d almost say it has touches of a power metal sound. The transition is well-executed, as are all those that follow (and there are a bunch). The music is overall is really well done, it has a nice clean sound and everything is well balanced and in it’s place. Despite my misgivings at the length of the song, it does a really good job of maintaining a cohesive flow while at the same time-varying it throughout to keep from getting dull. It flows in and out of the mellow atmospheric sound to a slower doomier metal sound to the aforementioned power metal that picks up the tempo. My favorite parts, which ought to surprise no one, is when the song really lets loose, speeding up and bringing the heavy. Though for me, the best moment is roughly at the 11-minute mark where drop into an aggressive breakdown that moves right into the heaviest section of the whole song. I could almost imagine myself listening to just that last couple minutes of instrumental on its own it’s that good, even though I typically don’t enjoy instrumental music.

I have to admit I was a bit disappointed when the vocals kicked in. It’s initially a fairly generic-sounding death metal type guttural, and I found myself really hoping that we’d get some more variety as the song progressed. Thankfully we do get that. Around the 4:50 mark of the song a wonderful set of clean vocals take over and I have to say I could listen to a whole album done with that vocal style. No whiny emo, no fake ccm or any other tropey metal clean, but a nice strong and pleasantly deep sounding singer. I will say that when we do come back to the heavy vocals again, there’s now a layered sound with some black metal type higher-pitched screams mixed in, not over the top but enough to really give a great emphasis. I actually wish we had a bit more of that early on in the song.

Lyrically the song is taken from 1st Kings 8:22-25, you can’t anymore biblically sound lyrics than that. This is one of Solomon’s prayers. Not going to delve too deep for this one, either listen to the song or pull out your bible.

Overall this is really well done. At 13 minutes I don’t think I'd listen to it all that frequently, but it does have some strong standout sections I could see myself seeking out, particularly if I was looking for something to help with my devotions.