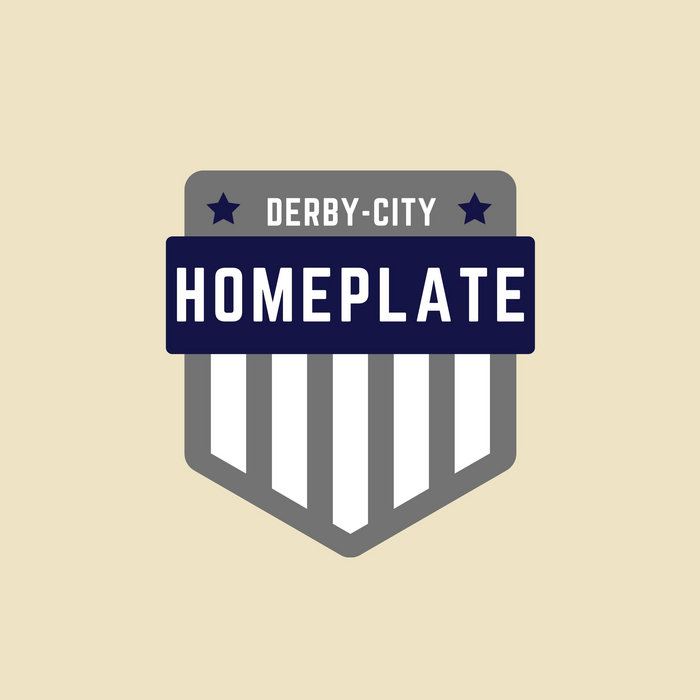 Broken Youth (Ft. Eric Knighton of Brave Days): Opening tracks always have an air of anticipation about them – we can’t help but wonder what we’re getting into with new music. Fortunately, with this track, it’s immediately a bunch of fun. The opening bassline of this track is infectious. Another comparison I could give to this band, at least vocally, is the French band Chunk! No, Captain Chunk! This song served as the first single for this band on their label, and it makes sense. This song is delightful in so many ways. One thing I’ve always loved about the easycore genre is that there’s a dissonance between the lyrics and the music. Musically, this song is a raucous good time; lyrically, it’s very encouraging, but it also presents it’s positivity from the negative: “Every hero has a grim beginning, maybe this is mine? A broken youth… black eyes are only temporary, wounds don’t stay open forever… step back from regrets you can’t ignore.” Oh, and the bit of ska found after the bridge? Totally unexpected and totally welcome. The instrumentation here if excellent – the guitars are frenetic and the drums clear and crisp. This song is an easy win.

Time Stands Still: There’s something about a song that opens with an aggressive 4/4 beat that always catches my attention. Again, there’s some lyrical dissonance in this song. Easycore lends itself very well to personal songs that border on dramatic storytelling, and that’s where this track lands. “I was wrong, and I guess that you were right. And I know I said some stupid stuff and I’m sorry that it came off rough.” I really appreciate the lyricism of this band as they weave such fantastic tales into their songs. We’re put right into the middle of a relationship that is strained by mistakes and the tension is believable. The pace of this song is amplified even more than in Broken Youth – and I appreciate that the song ends with a question: “Will we find our way back in where time stands still?” not giving us a clear resolution to the conflict. A big highlight to point out is the overlapping vocals near the end of the track. It sounds amazing and takes the controlled chaos to another level.

Expectations (Ft. Phil Carper of At the Wayside): The first 20 seconds of this song is like a bull in a china shop – in the best possible way. Good grief, this is probably my favorite pick off this EP. An introspective look at the masks we wear to try to please others that defies the practice of being someone else for the sake of others. “I got tired of faking myself. I threw my mask in the harbor, I’m done humoring all of your desperation. You only cared about yourself. It’s plain to see, show your true colors, I thought we were brothers?” Oh man, this song is good. And the feature from Phil Carper is fantastic. He fits perfectly into this track without stealing the show. The last time through that chorus has some of the most engaging and entertaining instrumentation that I’ve heard in an easycore song. This is very well done.

I Need Grace (Ft. New Heights Worship): Ah, the ballad. There seems to be a standard for pop-punk bands to have at least one song that is mellow and opens with an acoustic guitar. Clichés aside, I really like this song's message. The lyrics on this track are, for me, the most relatable. “Will I survive if I take the dive into your mercy-filled, scarred hands?” Dang. If that’s not a frequently asked question in relation to a Christian’s walk with Christ, I don’t know what is. And if that wasn’t enough, the song, during the bridge, reaches a fever-pitch of urgency with some aggressive vocals crying out a very desperate prayer for God to show himself. It’s not irreverent, but an insistent plea. I’ll save how the song closes for you to listen to – you just need to hear this song.

Long Ago: Here we have what is, in my opinion, the weakest song on this EP. The production feels very off compared to the rest of the tracks. The guitars don’t feel as present and there’s almost no bass. I do like the closing line of the chorus: “Life is good, but it ain’t easy.” How very true – we often think of a good life as an easy one, but that is far from the case most of the time. It’s more likely that our life is not easy, but the lack of ease does not remove how good our lives can be. As far as the instrumentation of this song, I really hear a lot of New Found Glory influence within it – at least until the horns kick in, and they sound fantastic. Ska is a genre of music that needs more love, and I’m glad that Homeplate gives it some in this outing. This is a good song, but it’s not the best on this EP.

All in all, this was a very strong debut from Homeplate. It hits all the right notes that an easycore/pop-punk band should hit without feeling generic or boring. I found it to be thoroughly enjoyable and an EP I’ll come back to again and again. So consider this a grand slam, because Homeplate knocked this out of the park. If this is just a taste of what they’re capable of, I am very excited about what’s in store for their future.

Homeplate is a new Christian Pop Punk band from Derby City, KY. This is a two-piece project. There is a small amount of information given out about the band from what I could dig up, unfortunately.

Vocal Styles: Homeplate’s vocalist has a voice that is made for Pop Punk. The vocal styles used throughout this EP range from traditional Pop Punk singing, to even some screaming/ shouting in a few spots on some songs. It is fairly by the books though, but that is not a bad thing. It is reminiscent of some of the older bands in the genre and will bring back a nostalgic 90’s feel to those that want it.

Sound: Derby City sounds phenomenal both from a production standpoint and as far as how talented the band members are. Everything is mixed fairly evenly throughout the EP, nothing is overpowered or underpowered. The drums sound crisp, guitars are tight, vocals are brought to the front but, again, this isn’t overpowering in any way. This isn’t to say that nothing stands out from the crowd. Every instrument, even the horns on “Broken Youth,” have a chance to shine through the mix and it all really comes together in Derby City. Homeplate have really knocked it out of the park with this first taste of what is to come from them as a band, all of the songs stand on their own, no song here sounds the same. “Broken Youth” has a really cool bass intro and holds this steady rhythm throughout, the horns near the end of the track were also a fun and unexpected surprise. “I Need Grace” starts off as an acoustic song and is really down-tempo throughout. This is also the song where the bands faith comes through, with screams near the end of the song calling out to Jesus. This was probably my favorite song on Derby City because of how it progressed, but I would be lying if I said that there was a song I didn’t like.

Final Thoughts, Highlights, and Rating: Homeplate have brought something fresh to the table with Derby City and I cannot wait to see where they go from here. It should be noted that this EP is very much so for fans of the Pop Punk genre, if you’re looking for something super heavy with growls, this isn’t for you. It is also a by-the-books outing so there are still some spots where I think that improvement is needed, mainly with riffs and drums. This is a very straightforward and basic EP, but it does have moments that really stand out to me that keep me coming back for more, so hopefully, in the future we will see more. Top tracks where “Broken Youth,” “I Need Grace,” and “Expectations.”

Reasons: While I thoroughly enjoyed this, there is room for improvement in the future along with some sonic maturity, but that can only come with time.

Disclaimer: A 7 in my book is above average, I do highly recommend this EP and Homeplate.