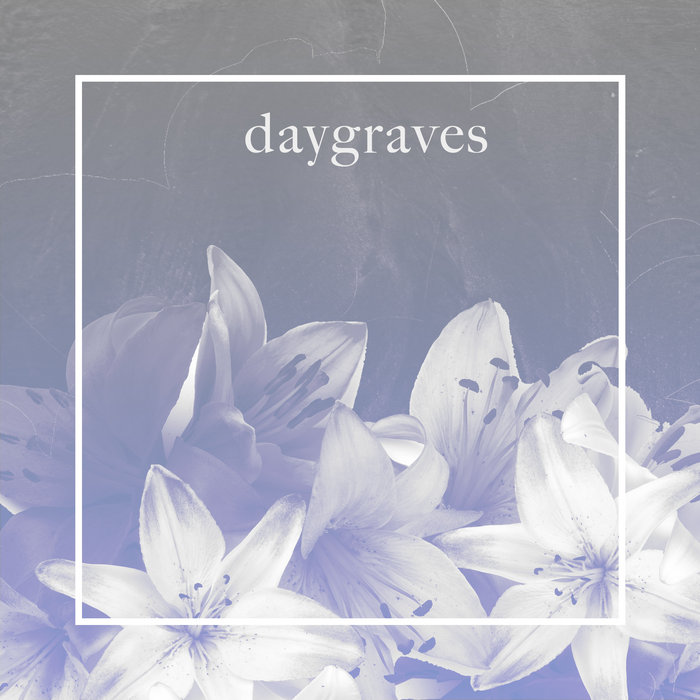 Daygraves is a new one-man Christian Blackgaze project from Austin, Texas.  The songs also incorporate other subgenre elements such as black metal and post-rock.  Silver, overall, discusses the vastness of how great and powerful God is and how we are in desperate need of His love and mercy.

Lyrically: Daygraves is not shy when it comes to expressing their love for God.  The sincerity and boldness can be easily seen when reading and listening to the lyrics.  Many of the songs sound like they could be their own Psalm in the Bible.  I love the use of rhetorical questions used in the songs “Morning Stars”, “The Headache. The Heartache.” and “Oh Gates”.  It really makes you think and reflect on how Awesome and Powerful our God really is.

Sonically:  There are many elements to the songs that make it ideal for anyone who loves Blackgaze.  Speedy guitars, harsh high pitch screams with some clean vocals, and most importantly that wall of distorted sound.  Each song had great distortion and melody both musically and vocally which I found enjoyable to listen to.  The songs included distortions from keyboards, background vocals, and guitars to help create that wall of sound.  One thing I believe Daygraves nails is the balance and transition between the slow and light of the songs and the fast and heavy parts.  It flows really well and is palatable to the ear.

Final Thoughts: Overall, I greatly enjoyed listening to all of the songs, and was really moved both musically and lyrically of each song.  One of the greatest aspects of Blackgaze is the atmosphere it brings.  It is very comparable to Atmospheric Black Metal, although there are some slight differences such as the distortions used in Blackgaze.  Each song is like a journey, which is ideal for any Blackgaze song.  This helped elevate the emotions and bring in a deeper meaning to the already inspiring worship lyrics.  The music sonically matched very well with the tone of the songs lyrically.  I am so glad to hear about Christian artists creating Blackgaze music, as it is a relatively new subgenre of music with very few Christian artists.  I really look forward to future EPs and albums from Daygraves.

Daygraves is a one-man project, something I find amazing, because the music sounds pretty elaborated and complex like there is a bunch of people behind it, but the fact that there is only one person behind it makes it even more special. I think this is the perfect band to describe Blackgaze to any person new to the genre; it has the piercing distorted high screams characteristic from Black Metal, but it's mixed with feelings of melancholy classics from Shoegaze music.

Silver as a complete album is more oriented to Post-Rock and Shoegaze than Black Metal, which isn't a bad thing at all. Sabackthanny is another great Christian Blackgaze band that points more towards Black Metal than Shoegaze. If you take a time to compare both bands, they could actually describe the spectrum of the Blackgaze music in general, being Daygraves the more “calmed and joyful” (because of the Shoegaze predominance in its sound) and Sabackthanny the most “dark and melancholic” (probably because it has more Black Metal elements and even some DSBM influences on it).

From the very beginning with Morning Stars, you get to understand this is a really unique and beautiful album. Touching the listener in a very expressive way, you could literally feel the emotions on those vocals. Those cleans are kind of ghostly and chilling but at the same time calming and relaxing, and the aggressive distorted high gutturals are really beautifully performed. Everything seems to match perfectly the sound, from the drum tone to the distorted Shoegaze “post” riffs, it just creates a deep and wrapping atmosphere. Personally, I really loved the composition, and how the songs are carefully made to build up and create some calm interludes before the blast beats attack your heart again. I found this album perfect to worship and praise the Lord, if you pay attention to the lyrics, and really feel them in your heart, these songs are powerful. I have to say The Headache. The Heartache is my favorite track from the album and probably became my favorite Blackgaze song to the day, it’s so communicative and those symphonic elements enrich the song. Words don’t get to describe how much I liked it.

It is pretty curious that So Weep, is probably the “softer” song that comes before the “heaviest” song that is Oh, Gates. I actually think it was intentional because So Weep starts peaceful (being actually pure Shoegaze and Post-Rock) and then builds up to a more stormy sound, where you’re brought to Oh, Gates, that is way more raw and aggressive, and indeed displays the most notorious Black Metal influences in the whole EP. The last song, Undone is pretty touching because of the piano notes that make it a perfect conclusion for the album.

You can call me crazy, but I also think I felt some contemporary worship influences at some point, and that’s actually good because it can reach a non-metal head audience easier.

I love the fact that this artist took a genre that is supposed to sound "sad" and made it so joyful and so powerful to worship the Almighty. The lyrical content of this album is just precious. Its beautifully written, executing a huge poetic sense. It exalts the Creator of heaven and earth and makes some reflections about God will bring joy to those who have wept. It also talks about how we try to be perfect, how we try to be like God, but on our own, we will fail, but only by His grace, we can be truly redeemed.

When a Christian artist gets his music inspired by the Lord and uses it this way is just amazing! If you are new to this genre, you NEED to check this EP right now! It can also be compared to secular bans like Alcest, Deafheaven, and my secular Blackgaze favorite Lantlos. (As always, it’s recommended to be wise and pay attention to the lyrical content of any kind of music we listen to).

Loved it, caught my attention, and my heart, and left me wanting to listen more daygraves. Perfectly made Blackgaze.