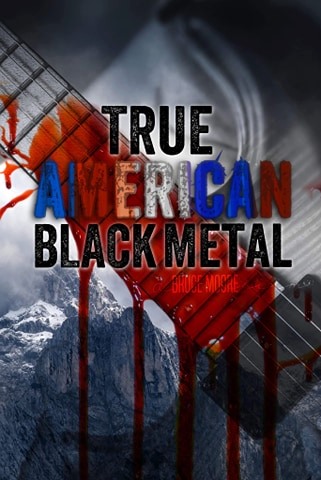 The music subgenre black metal has many of its roots in Norway, Sweden, and other Nordic countries. It is in these places where black metal became infamous with its correlation with church burnings, murders, and suicides back in the 1990s. While many people might only associate black metal with European bands, there is also a strong movement in the USA as well, especially in the Appalachian region. Many American and European black metal artists are interviewed to give their perspective on things such as the inspiration of American Black Metal, how it compares to the traditional Norwegian Black Metal as well as what kind of people would appreciate it.

It should be noted that while no questions were actually recited, these are the “types of questions” that were answered given their responses. Many of these questions are answered throughout the documentary rather than all at once.

What is Black Metal? One of the most common things mentioned when describing Black Metal is that is it “calls to those in isolation”. This is very true indeed given that Black Metal is one of the darkest, most raw music styles out there. Since very few people enjoy listening to it in general, it enhances the isolation for people who enjoy listening to it. Another common element that many of the interviewers mentioned were its connectivity to nature and heritage. Many of the black metal musicians mentioned how they used their landscape and surroundings of nature as inspiration to developing their music. The calmness of nature helps them bring authenticity to their music. To me this makes sense because nature when left untampered is one of the most “real” things in the world. It can help bring one’s natural self to the music without being influenced by others.

Why choose to play Black Metal in America? For the musicians who live in the USA, especially in the rural or mountain regions, one of the primary reasons they chose to play Black Metal was due to its authenticity. For many, the raw sounding of black metal linked to the inspiration to the beautiful scenery, such as the Appalachian Mountains, provides a great median to represent reality. As Mormegil from O’ Majestic Winter put it “… it (black metal) made the most sense for us. It was somewhere where we could express things to a point where we felt satisfied with the lyrical approach and the music to it.” The Appalachian scenery can help drive the lyrics to explain the harsh realities of life such as the changing of times away from the “good ol’ days”, the loss of industries, death of friends and family, and much more. Pathos from Symphony of Heaven mentions “Black metal is not an escape from reality, it is a way for people to deal with the dirt of life”. I think Pathos nails it with this comment. While this may not be true for everyone, I do believe most people who listen to black metal listen to it to cope with the harsh realities of life, whatever they may be. I know this is one of the things that first drew me into listening to black metal.

For the Christian Black Metal bands in America, there is another motivating reason that was mentioned to play in that particular style, which is to be a light in the darkness through sharing the Gospel of Jesus Christ. As a Christian myself it would make a lot of sense to play in a black metal band simply because it is one of the darkest styles of music out there. The majority of black metal listeners consisting of people who would never set foot in a church and often times hate God. These kinds of extreme metalheads may only get the chance to hear the hope of the Gospel by Christians who play in their extreme style of music.

Can anyone appreciate American Black Metal or any Black Metal? While watching the documentary, one of the most common agreements among the interviews was that American Black Metal, or black metal in general, was not created for everyone. Some of them stated that they created the music for themselves without much regard for who or how many people may appreciate their musical taste. Others, however, while acknowledging that very few would like black metal, they wished that more people would listen to it and relate to it as they do. While there is an agreement that American Black Metal or any form of black metal isn’t made for everyone, there is some sort of unspoken “preference” among many of the interviewers that they prefer their music to be for a smaller audience. As Azahel, from Frost Like Ashes, states “the music (black metal) chooses the people”. I like the personification of black metal used here. I would not have thought to use black metal in that way, but it makes sense. Black metal, whether American or Norwegian, is a natural process. I did not immediately start listening to black metal when I was first getting into metal. But as time went on my tastes in metal got more extreme which then leads me to listen to death metal and from there black metal.

In addition to the variety of perspectives and aspects of American Black Metal, there are many background elements in the documentary that should be mentioned such as the atmosphere and flow in order to give a more thorough overall review.

Atmosphere: One of the things that I personally appreciated in the documentary was the quick transition from color to black and white. It really helped set the tone of the documentary and added that extra “raw” element to it. Another thing I appreciated was the background music. I loved the choice of songs played in the background; it brought a great atmosphere. The song transitions flowed so well that they are pretty much unnoticeable. It is easy to overlook these small while watching it, but it does make the documentary more palatable by having it in there.

Flow: The flow of the documentary was unique in some sense. While there was never a time you would directly hear a question being asked to the musicians, you can tell by their answers for the most part what was being asked. The narrator, Dee Calhoun, would at times jump in to give a preview of what the musicians were going to discuss next. The transitions between each musician speaking flowed very well, in my opinion, with a couple times where it seemed abrupt. The overall theme and tone of the documentary didn’t really change, which was great.

The documentary “True American Black Metal” did overall an excellent job of portraying it. The variety use of different black metal musicians, both geographically and ideologically, really helped give different perspectives of the subgenre and paint a better picture of what True American Black Metal is like. The genuine responses from each of the black metal musicians were really touching, especially when they mentioned their own personal background of how and why they came to love black metal. If it were to critique it, I would say I would have elaborated more of the actual musical sound of American Black Metal and maybe include the historical origins of it. But nonetheless, I was really impressed by the documentary and would recommend it to anyone who either loves black metal or wants to simply learn more about the subgenre.