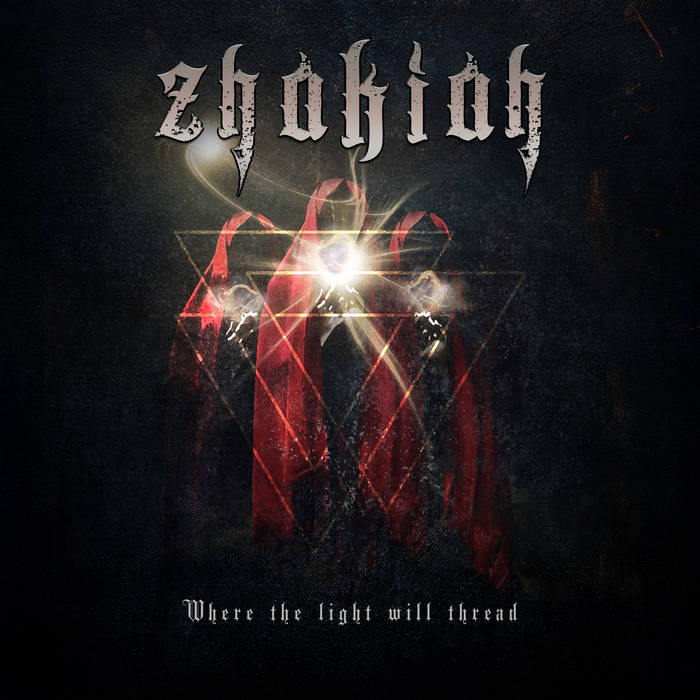 Zhakiah is a melodic death metal band from Finland. All the instruments are played by Jani Stefanovic, besides the drums, they are handled by Alfred Fridhagen. It’s his first solo album that has seen the light of day. Jani Stefanovic is known for acts like Renascent, Miseration, Solution 45, Divinefire, The Waymaker, and some more. The title of the album is Where The Light Will Thread.  Zhakiah means pure and bright in Hebrew.

The album starts with the calm Gethsemane, and it sets the mood for the album. Later on the album, we have a similar song called This Side of Eden. Then we start at full speed with Spirit’s Perfection. What an awesome song to start with. It immediately shows what a talent this man has. And how cool that he uses his talent to honor Him who is the bringer of light and peace. Praise also goes out to his vocals. It reminds me a bit of Barry Haldan, the first vocalist of Renascent. But with some more variation in the type of vocals, he also added some more low-pitched vocals. Dominium Aeternum is the next track on this album. Which is more focused on melody and contains a slightly slower tempo.

What is also worth mentioning is the clean vocals are very well executed. It really adds something. Where The Light Will Thread the title track is a real banger.  Ancient of Days is my favorite track on the album, the variation in vocal styles and the background samples are amazing. Even an oriental passage that we also can hear from the Swedish band Melech. And then I come to a point that It’s unnecessary to mention all the remaining songs. Because the quality of the remaining part of the album remains very high. The Scepter of the Rulers, Black Void of Old, and The Encasing of Ashes are three very good songs with all the ingredients mentioned earlier in this review.

Marvelous melodic death metal album, great variation in tempo and vocals. The instruments are very well played and mixed. The production on this album is top-notch. And the artwork is very impressive. And yes, it's made by Jani. Check out Dreamdeciper Productions for more of his artworks.

I also want to share three favorite lyric passages from the album. Without mentioning the title of the songs so I hope I can convince you to buy this album:

Wisdom and power are His He changes times and seasons He deposes kings and raises up others He gives wisdom to the wise.

Before All before the Origin Ever-flowing beginning The One, the First, the Source I in One, all-in-One

Reason: The explanation is simple, its almost a perfect release. A big shout out to Jani, he can be proud of this phenomenal work. And Alfred Fridhagen nailed it on the drums!