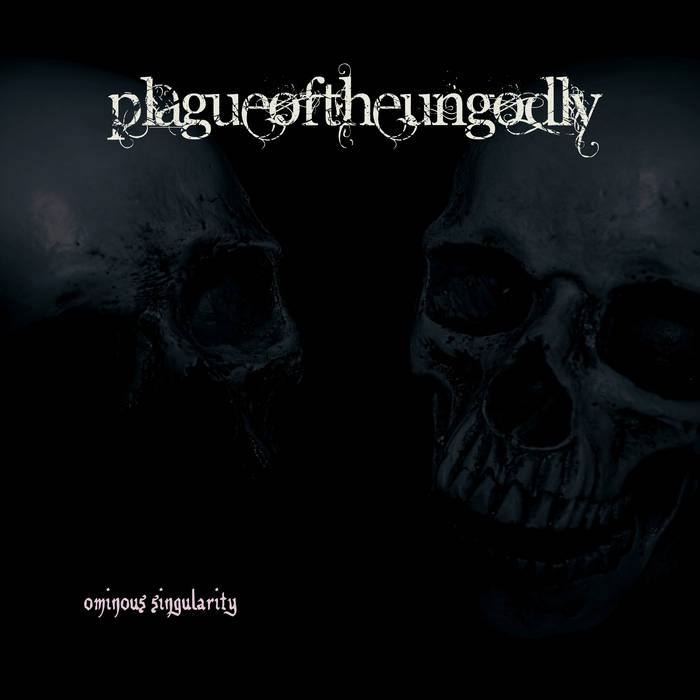 Band: Plague of the Ungodly

6. Abstract Logic of the Subconscious Mind 01:36

Released in May earlier this year, Ominous Singularity by Plague of the Ungodly firmly establishes the band’s position in the genre of Death Metal. A heavy bass line sets the narrative, with fast-paced drums and growling vocals carrying the weight. The band’s Instagram (opens new window) tags the genre as ‘90's deathmetal’ and ‘one-man-band’. For a one-man project, there is an incredible amount of talent displayed on this album.

Lyrically, some vocals remain elusive in terms of content. Partially because of the genre, although not in a negative way. Occasionally the vocals separate from the music, clearly identifying a separate track, although they still remain a little unclear. The mix of vocal styles is subtle on the record, with some melodic elements, although the dominant form comes in the nature of the style of Extol’s Undeceived. Given the album title and the tracklisting, it’s no surprise that much of the lyrics feel weighed down with a menacing sense of foreboding. I reached out to the band and lyrics should be available on Bandcamp (opens new window) soon for closer analysis.

Sonically, the album sets the tone with the opening track - heavy bass, heavily distorted guitars. At times the upper tones and lyrics appear to dance just above the bass line, with the bass providing a thread that leads the listener through the album. There are elements of 90s metal, with the speed of the drums reminiscent of the (secular) bands Fear Factory and Strapping Young Lad. The heaviness of (again, secular) Sepultura and Soulfly comes through in the driving heavy beats that need to be played loud to be fully appreciated. Some comparisons could also be made to Circle of Dust in including electronics to break up the heaviness.

Overall, the album sets the tone early on and carries this through to the end. Some of the songs break into lighter elements, and Ethereal Tides even starts with the melody before delving into the characteristically heavier sections. The instrumental track Interstate Epitaph includes an interesting midpoint break with what almost sounds like cars passing by. The following track Infestation builds the weight again, with the final track a great combination of speed and deep vocals that almost border on 90s punk (but still very much metal). I’m not musically trained; just someone who knows what he likes. Having experienced secular 90s metal as it unfolded (with a healthy dose of industrial on the side), this album has been in heavy rotation for me over the past week. Definitely excited for future releases!

Favorite tracks: The entire album. Short enough to enjoy in a single sitting.