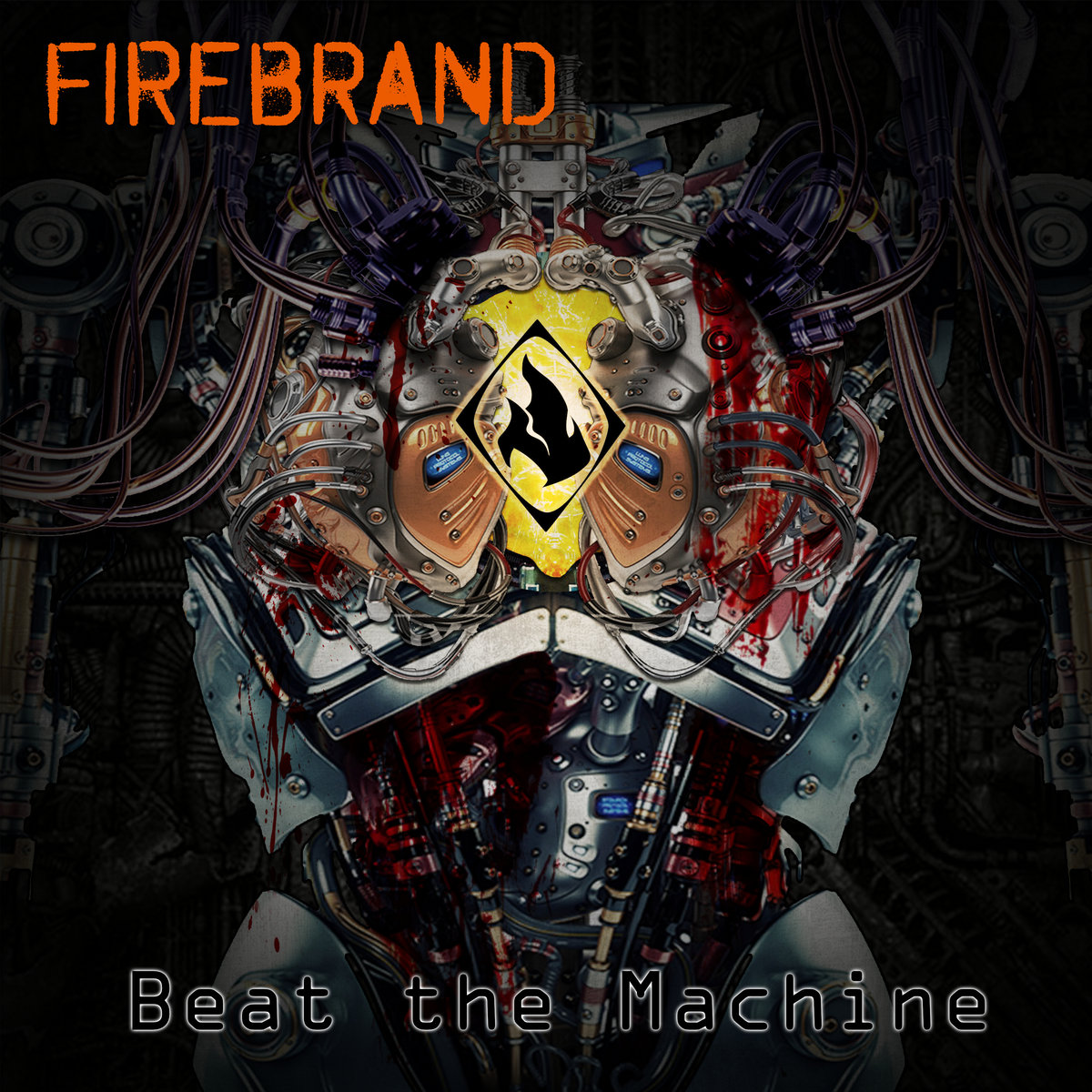 Firebrand is a Metalcore/Industrial project lead by Josiah Brand. This is what Josiah has said about the origin of the project, " I had already had an idea of doing an industrial project but was occupied mostly with a thrashcore project that was in full swing at the time named Placate the Masses. When life started getting busier for all of us in PTM and activity became spotty, I saw that as the perfect time to try to bring to life a lot of the ideas, I had swimming around in my head. I got the minimal gear necessary to record with and began writing songs for the Overcomer album I released in 2019 and the rest is history ". Beat the Machine was released on October 18, 2020. The single was written and recorded by Josiah Brand, produced by Asche Relesser, and mixed and mastered by Dave Pataconi.

Lyrically: The song uses many heavy words such as chains, enslave, fear, lies, and contaminate, which are all things that The Machine (Satan) wants to put us in. The chorus powerfully proclaims that we as Christians can go beyond those traps to reach the goal, " No longer captive to the lies, we're pressing onward towards the prize, Victory found in sacrifice, TO BEAT THE MACHINE "! Scripture and Biblical references are displayed in a powerful, unashamed manner in the lyrics. A battle anthem, for sure.

Sonically: Beat the Machine starts with electronic whirring and the crashing of Cymbals. The song swells with a sound (as if someone is powered on an electronic device) and leaps into a barrage of riffs, drumming, and smooth electronic soundscape. The song then simmers down to allow room for the vocalist to display slightly muffled vocals. The vocals rise, and the vocal melodies unfold with the instruments. Growling vocals are used as well as clean vocals. The vocal melodies blend extremely well with the wall of instruments. The vocals remind me of Ryan Clark of Demon Hunter in a lot of ways. At one point in the song, the singer takes a moment to proclaim scripture.

Overall: This is a pretty good listen, the lyrics are impactful as well as the sounds of the music. It is well produced. One can easily go into spiritual warfare ( with God as their banner ) while listening to this track.