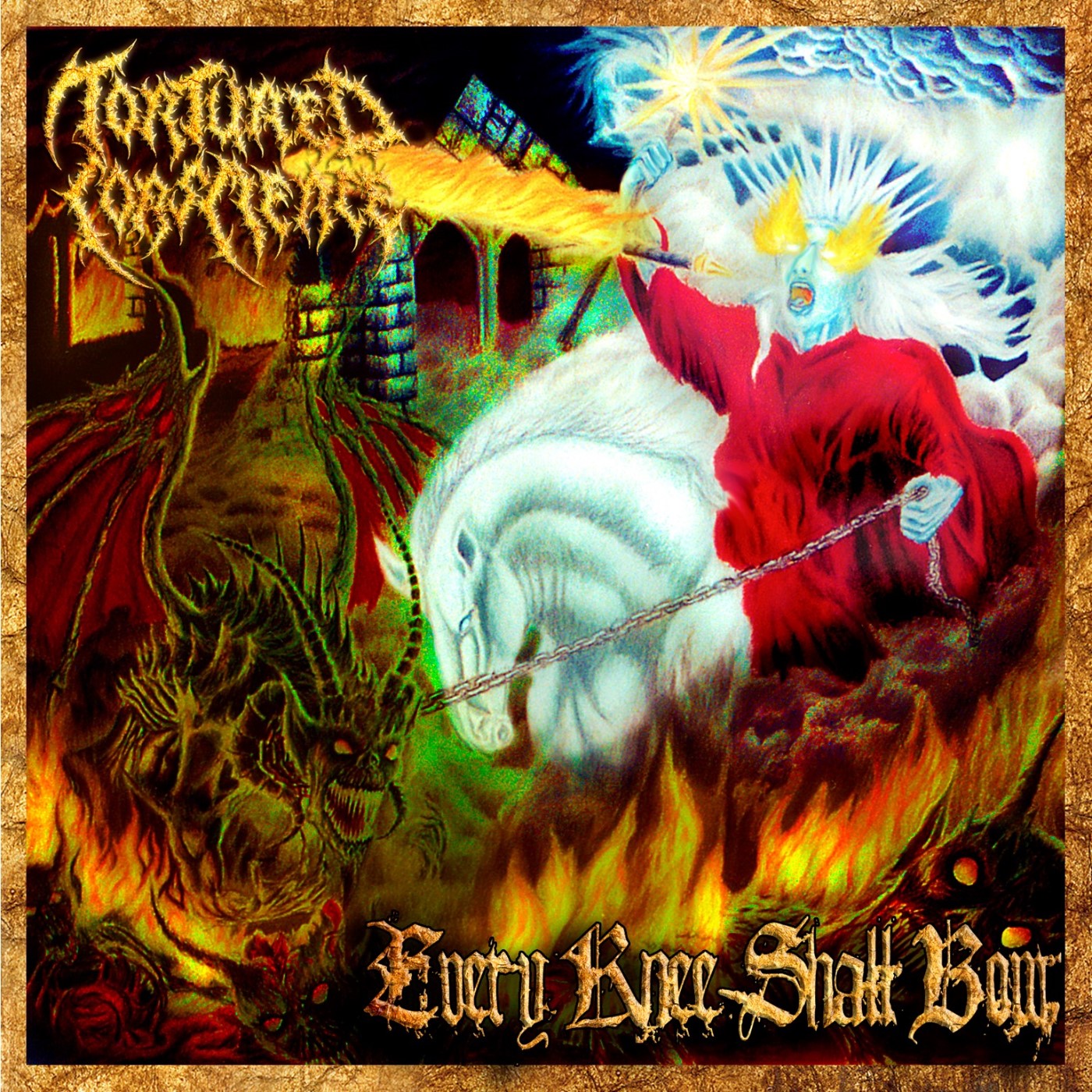 Remastered from the original 2006 release of Every Knee Shall Bow, Tortured Conscience returns with a solid brutal release. Retaining the characteristically brutal sounds of heavy bass, distorted low tuning, and speed, this album brings the album up-to-date with a crisper, sharper response. Listening to both the original and the remastered back to back, the remastered album brings clearer definition to the album without compromising integrity.

Lyrically, the album plants itself firmly in the Christian ethos. Brutal metal is often known for it’s no hold barred approach to the harder topics, and Every Knee Shall Bow is no exception. Track 9, No Ambiguity encapsulates the band’s intentions with the opening: “No ambiguity/Blatant words I use/No hidden messages/No flower poetry”. While not made explicit, Track 3, Modern Day Pharisees would seem to be a comment on Westboro Baptist’s handling of recent events. And it doesn’t stop there. Track 7, Internal Torment encourages us to also consider the inconsistencies in our own walk with God.

Sonically, the album maintains the heaviness almost throughout, with growls interspersed occasionally with a slight lightening of tones. It’s not until the last track Crucify, a Bloodgood cover, that we achieve some relief from tension that’s built in the album, with the inclusion of the mob calling out “Crucify” and some more melodic elements hinting at the 80's origin of the song.

Favorite tracks: The Word Became Flesh for the raw power that the lyrics bring to the subject matter, and equally so No Ambiguity for the wonderfully handled line “I will praise you” - an excellent combination of brutal death metal and honoring God contained in a single line.

Overall, the album is confrontational in it’s unabashed treatment of lyrical content and the brutal tones that flow from beginning to end. The remaster is definitely worth a listen, even if you own the original. As alluded to earlier, the definition of individual elements has been improved through the remastering process. While I would question the inclusion of the Bloodgood cover in the album mostly due to the melodic elements that break the brutal overtones, lyrically the song stands firm in the context of the album as a whole.