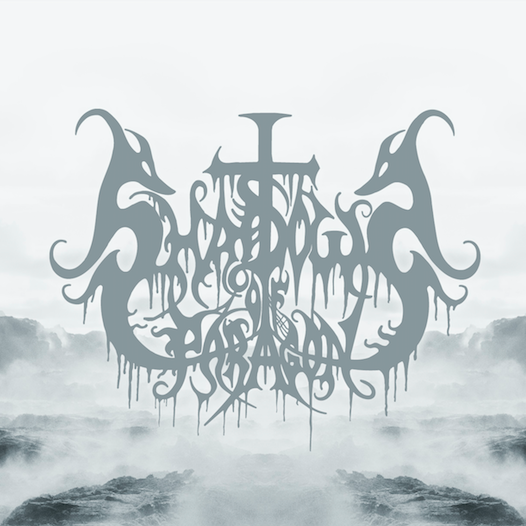 I have to admit that this review is something special for me. I've been in a lot of contact with a band member lately, and that's the reason I'm one of the first to listen to the album, and I'm grateful for this. Their album Through the Valley within is one of my most listened to albums. Almost a perfect album. Their demo/ep self-titled is also highly recommended.

This Swedish band is known for its super-fast black metal with influences from the death metal genre. And they add also some symphonic elements to their sound.

The album starts with the song Amendment of the Heart, and immediately you are thrown in the back of the seat and it is wise to use the seat belts to hold on tight. Of course, I am referring to the fast and furious black metal they deliver. Quick blast beats throughout this song, beautifully melodic riffs, and emotional middle pitched vocals. At the end of the song they are slowing down for a moment, but then we discern a haunting scream and the fast and furious part is back. What a way to start the album. The member of the band, I speak to, describes it as a passing train for this song. Not a bad comparison.

The Shadow also starts quickly. What stands out especially well in this track is that the bass line is very easy to follow. That is quite exceptional in this genre. This track has also some more variation in tempo. It's a somewhat more melody-based track, at least a more calm atmosphere on it.

Your New Identity was already available to listen to on YouTube. So I've listened to this track quite a few times. I like this song very much; it has a very recognizable sound, very melodic oriented, and it also contains interesting sound fragments. And somehow this band can appear calm and controlled despite the high speed, the speed changes seem to happen almost automatically. The drums and the riffs are of exceptional quality.

Mindblowing starts with a beautiful piano hymn, it's something we are used to with them. Listen for example to Silentium from the previous album. It adds something unique to the overall sound. Vocally, David has a very intelligible scream, you can understand almost all words clearly. I mention this because the vocals are well processed in the music and not too much in the foreground.

Next up is The Oathkeeper. After first listening to this album, I nominated this song as the best track from this album. Usually, the first impression says something. The reason is probably the unbelievably awesome guitar riffs; it gallops so great through this song. And those blast beats. What a way to spread some light in the darkness.

Behind the Torn Veil is a short, powerful song. It's a track with a somewhat slower tempo and even some doom elements, especially the slowest parts. It comes at a perfect moment in the album and provides the right variations. Of course, the blast beats are not missing, but it is a track with a slower tempo and a different atmosphere. It also ends with low grunts, which we are used to hearing from a death metal band.

Not by Domination is the eight-track, it starts with a rather threatening sound and it keeps that for the whole track. Again those beautifully executed melodic riffs, really great. The main riff reminds me of some tracks from Enshrouding. At the end of this song, we perceive again a new element, clean choir vocals.

Outnumber the Dark belongs to the faster songs on the album. Please pay attention to minute 1.30, amazingly fast blast beats. Again a quality song, just like the other ones, and we haven't named the last one yet.

Faith in Being Forever Saved is also one of my favorite tracks on this album. That beautiful piano hymn, in the beginning, is simply amazing. The keyboard and piano elements are a nice addition to the sound of Shadows of Paragon. The song reminds me of the later work from Slechtvalk, one of my favorite bands. It has a bit of Viking metal-sounding atmosphere.

The outro contains a surprise after the beautiful piano. It's nothing less than the amazing voice of Eric Clayton. One of the best vocalists in the Christian scene and abroad; he has such an amazing sound.

For the lyrical content, I advise you to buy this album read the booklet. They come from Bible studies, and Amendment of the Heart, for example, is a song from a personal experience. Amendment means something like progress, so it's based on the growth in faith. And if I understand the main theme on this album is about to realize the fact that God shows us His righteousness through faith, and not by works (Philippians 3:9)

Reason: Please consider that this album is released almost 12 years after Through the Valley Within. They still have the sound, but they added some more quality, and it is mixed extremely well. Without a doubt, this album will be with my favorites this year. And it's only the beginning of 2021.