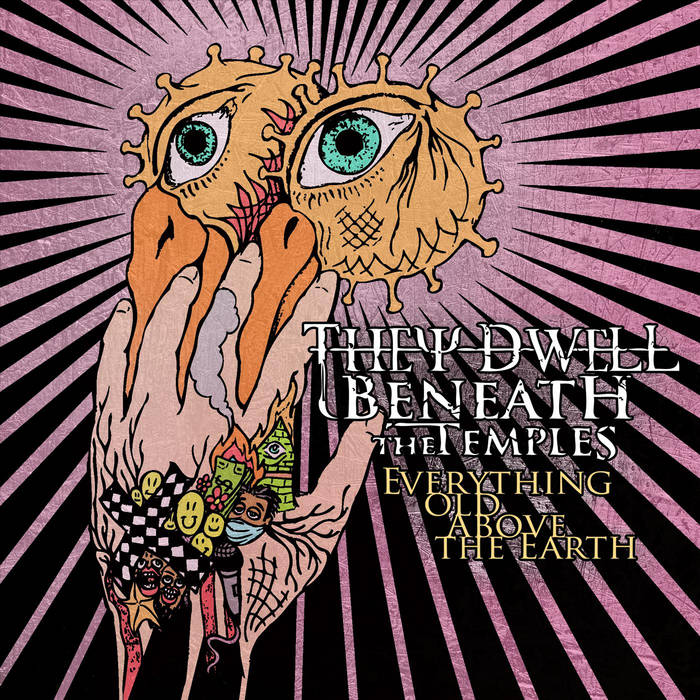 Band: They Dwell Beneath The Temples

Song: Everything Old Above the Earth

Experimental metalcore project, They Dwell Beneath The Temples is back from a six-year hiatus and ready to hit the ground running with a new single entitled “Everything Old Above the Earth.” The song's title is a wordplay on “Nothing new under the sun”(Ecclesiastes 1:9).

Sonically, "Everything Old Above the Earth" is groovy and avant-garde, splicing elements from metalcore, heavy metal, deathcore, and blues. There's also a hint of a modern djent influence. Jay’s proficiency on guitar is rather impressive as the last three releases excluded guitars and relied predominantly on bass. The mixing is also much cleaner. My only gripe is that the vocals in certain sections seemed buried beneath the instrumentals.

Lyrically, “Everything Old Above the Earth” is about the daily struggle Christians face of living for Christ whiles coping with the fear and despair caused by this fallen world. Although our bodies are decaying and the world is falling apart, the Christian has hope for future glorification; "It's okay, we'll waste away to dust in our graves // It's okay 'cause we'll rise to new life // alive in new bodies when we see His face". Even in the face of intense persecution, God still gives the believer joy. This concept is referenced in the line "I'll leave this world with a smile // even if I exit the scene in fire."

Overall, this is a praiseworthy comeback. Jay has grown tremendously as a songwriter and producer. The experimental and heavy groove nature of his sound sets They Dwell Beneath the Temples apart from the plethora of metalcore acts in the scene and is one to watch.

Note: Outshine the False Light(2015) is the first Christian release in their discography.