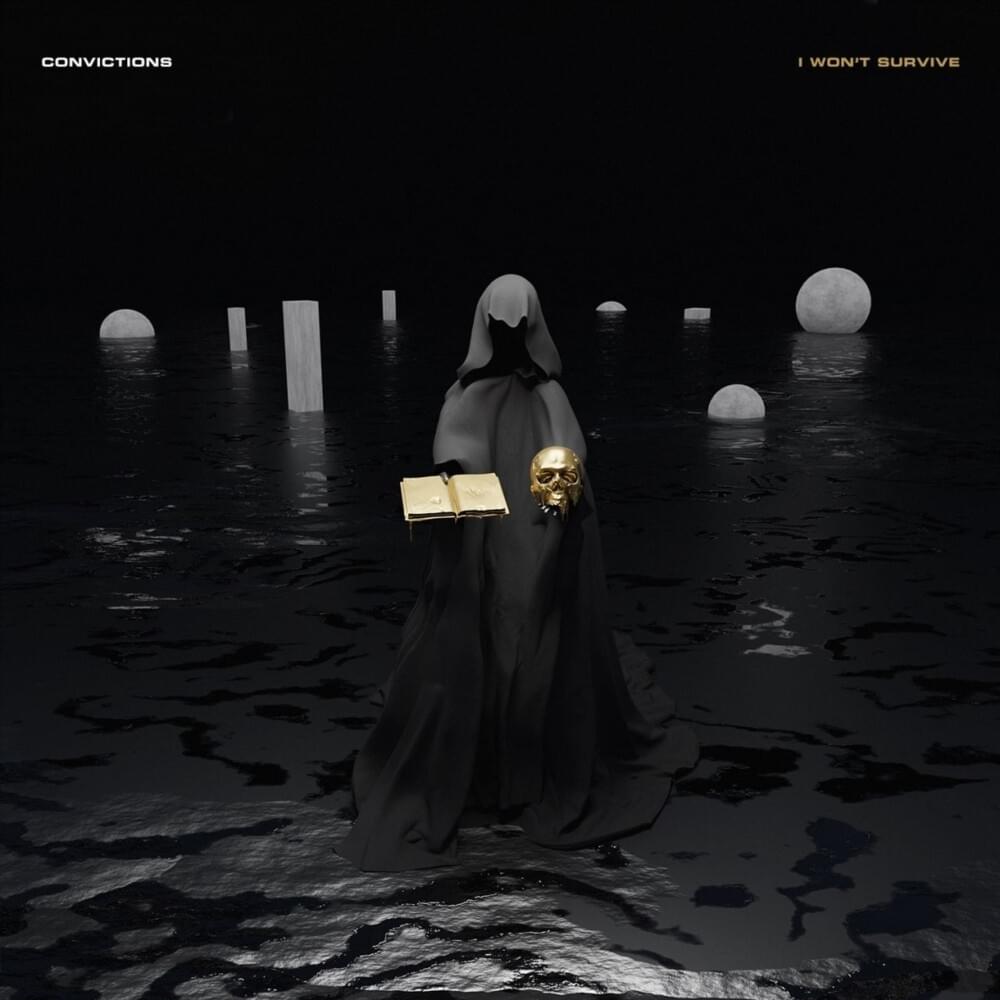 Full disclosure as I sit down to write this review. I am a fan of Convictions. I wish I could go all hipster and claim to have been a fan from way back before anyone else heard them, but the truth is I came across them just before Hope for the Broken came out. I did soon after hunting down copies of both albums that were on vinyl and to this day I'm still holding a grudge against a buddy of mine who went to see them without me. So it would be an understatement that I have been anxiously awaiting this new album.

With all that said getting to this album has been an interesting journey. Hurricane was released just short of two years ago and with it came the news that the band had not only left their label but also needed to replace their guitarist/clean vocalist. So there was some apprehension on my part as to what we were in for. That first single was everything I needed it to be. Daniel's (new guitarist/vocalist) vocals were different but still fit nicely. The music still sounded like what we had come to expect. Oh but what's this, Mike's screams were getting more intense! All right, I am on board, no questions asked. What's next? A cover song (I'm not going into it here but please go listen) and then an instrumental version of Hurricane. Cool, cool, I am still amped. And then nothing. Then it happened, news of a new release and another single. Now let me tell you before we jump into the album itself, if you haven't heard any of the singles (I'm not sure how you've avoided them) you are not ready for what Convictions is bringing to the table with this release.

Typically, after all these years and these many releases (3 full-lengths and 3 eps), it's not unusual for a band to mellow out a bit. Find a slightly more radio-friendly sound and come back with an album that fans enjoy but would never put in the upper rankings of albums. Convictions swerved us. I have no idea what happened but they have come back heavier and with more aggression than we've ever heard from them before. This is still a metalcore album, but now there is a liberal dose of deathcore sensibility and a slight garnish of electronic effects. One of the first things to take note of is just how tight these guys have become. Zach's drumming and Danyal's bass playing lay down a low-end foundation that allows for the new experimentation. And the breakdowns hit so much harder for how in sync they are. Also, Danyal's bass playing comes through so clearly in the mix, check out Last Cell for some of the most well-defined bass ever.

Josh brings some fun new elements with his guitar work on the album. We have some Gojira-like guitar sweeps interspersed, as on The War That Followed Me Home, and the technicality of a progressive metalcore guitarist (think Silent Planet or Your Hands Write History) on Wreckage for example. Other times there is a staccato playing that lends itself well to the percussive deathcore sound. One of the biggest carryovers from their previous work is the "softer" section of all but one of the songs. In nearly every case the music cuts out and a slower prettier (for lack of a better term) sound comes in, which quickly transitions into a faster rock sound eventually, thundering back into the aggression. These softer sections do a great job at setting a sadder mood that in juxtaposition causes the angry portions of the song to have much more impact. On top of all of that, there are the electronic elements they've added to enhance so much of what they are doing. This is particularly evident in a song like Price of Grace. The intro of the song has a techno feel and sets up the song with a dramatic movie feel. At times the effects serve a similar function as when nu-metal bands incorporated DJ scratching, it helps heighten tension when things are getting more chaotic or when a breakdown is about to hit. Special mention goes to the song Teeth. Have you heard a song that has a breakdown that leads into another slower heavier breakdown? How about a Convictions song with no clean vocals? They went for the heavy and this delivers.

The vocals on this album are some of the best I've heard on metalcore (if we can still call this that) album in a long time. Mike has always had a similar range to say a Devil Wears Prada, hitting the highs and lows with ease and that is again showcased here. He varies what he's doing in a much more defined way to bring across the emotions that they are trying to convey. When he goes high there's a sense of pain or panic, when he goes low we hear the anger and frustration. What's new this time out is a much deeper guttural than we've never heard before. I can't imagine how he found a way to dig deeper and find a lower range to bring out but there it is. Have I mentioned how much more aggressive he's become as well? Then they balance that out with Danyal's clean vocals. At times there's a soft pop thing going on that just like the softer music really highlights the aggression of Mike's vocals. However, the cleans don't get pigeonholed. There's a Saosin-like post-rock sound when the band begins to build back to the heavier parts. On a song like Last Cell this passionate rock vocal even leads the way, and the near strain we hear from Josh plays right into the pain being expressed by the song's protagonist.

Lyrically, this album is a dark one. The band has said that the songs are written from the perspective of people they interviewed who were dealing with the struggles being addressed in each song. Point of Grace looks at suicide from the perspective of those left behind, while Wreckage does so from point of view of someone struggling with it. Hurricane takes on living with depression while The War That Followed Me Home addresses post-war PTSD. There are some intense lyrics here that don't pull any punches, for example, "If You say You're always in control, then stop my hand and pull the gun from my throat" from Wreckage. I found Last Cell to hit home the most for me, as it's someone dying from cancer writing a farewell to their daughter. As a father of a little girl I can't (or maybe won't) imagine that pain; "When it's time and heaven's calling we leave love behind". I nearly cry just writing the lyric. Some might argue that the album is too dark, that there isn't enough hope underlying the stories. I'd say that just like Last Cell spoke to me and helped me to think through some underlying fears I have, I believe that anyone honest with themselves can find a song on here that deals with some of what they are going through. Also, it is far too easy for us to say to someone who is suffering that things will turn out, that God's got this, but for many, the first steps to healing aren't going to be hearing reassurances, instead, that first step is going to be an acknowledgment of that suffering. Sitting with someone in their pain and grief, can and will speak far more lovingly than we know. That is what Convictions has done. Giving voice to those who often haven't ever felt heard.

I Won't Survive was a much anticipated new album that brought with it a new direction for the band and did not disappoint. I can't say if leaving their label freed the band to move in directions they'd always wanted to go in, or this was a new inspiration, but what I can say is this album breaths new life in a genre that has needed this push towards the heavy. Convictions motto of "Aggressive Worship" plays out on this album in a new, but very clear way. Not only has the music taken a heavier shift, but the lyrics have as well. While the album leans heavily towards the dark topics, there is still the underlying hopefulness. "The nails in your wrist cut the blades from mine".

(mostly only due to my desire for a longer release)