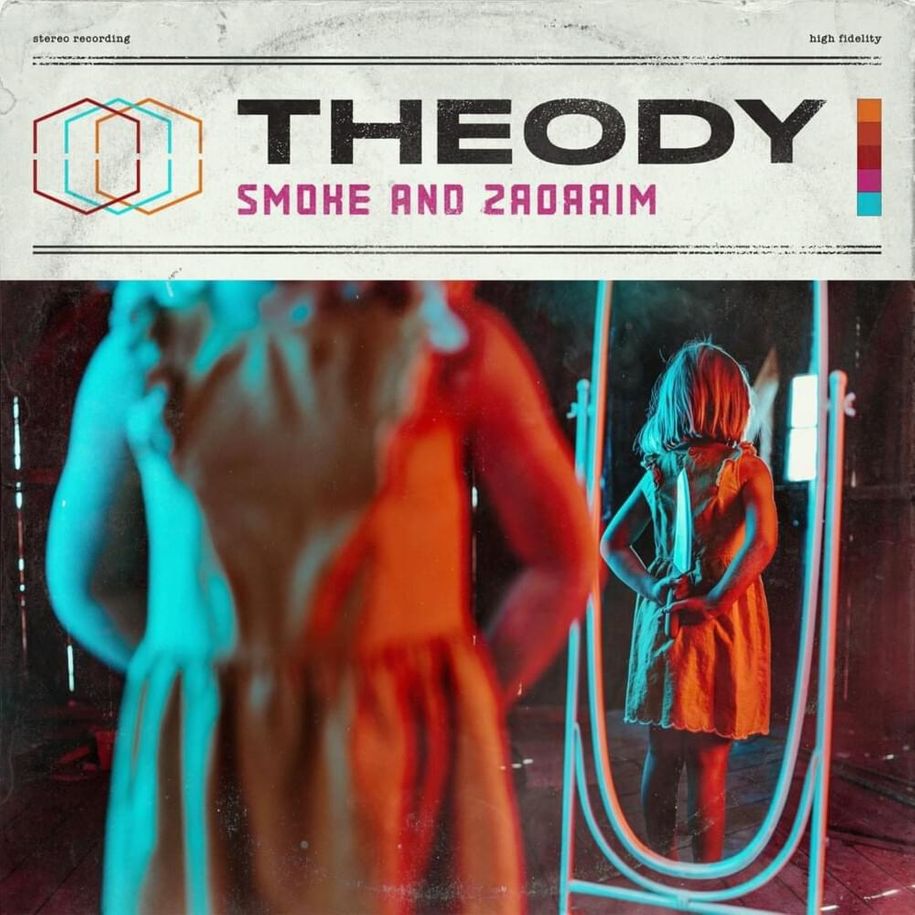 Theody originated as a solo project for lead vocalist Lauren Kinder from NW Arkansas, with her husband Charles (on bass), and friend Chad (on drums) joining her some years down the track. The band identifies catchy lyrics and melodies as one of their strengths, and this second album is no exception. With a few singles released as teasers in the lead up, Smoke and Mirrors is some of Kinder’s most vulnerable work to date.

Lyrically, the album is incredibly heart wrenching and honest. Tempest has Kinder crying out for an anchor in the storm, something to guide her way. And while for Christians this song could be interpreted as a prayer, (particularly since the band's name means a hymn praising God), the album doesn’t quite settle into making an explicit link to Christian origins. Rather, Tempest calls out our own self interest - My pride has it out for me/ Silently exploiting all my weaknesses/ I can't blame anyone else/ I know I do this to myself. Nothing to Prove rightly points out that Trust will take some timе/ Grace will carry us home. Closer brings some more complex concepts to the fray, with Kinder’s melodic style softening the blow - Comfort is a slow deception and as we head towards the final tracks the unsettling lyrics prompting us to question our own motivations are anything but comforting. The repetition in Carousel is brutal, providing insight into the powerful effects of negative emotional attachment. Glass House provides no resolution, questioning; What if my pen leaves stains I can't wash away? Writing can be cathartic, but what if it simply provides a permanent record of past transgressions?

Sonically, the album provides a mix of industrial electronic elements led by solid drum beats courtesy of Chad Wunderle. Although the band categorises itself as ‘Hard Rock’, there are both lighter and heavier elements interspersed throughout the album. The opening is slightly deceptive with Waves an instrumental heavy on the industrial side. Kinder soon sets us right with a wonderful selection of her range from clean to heavier moments in Tempest. And it is this track that foreshadows the remainder of the album. Kinder’s vocal range is the dominant feature of the album with The In Between stripping back the backing tracks to highlight her talent. By the time we hit Nothing to Prove it is obvious that the band's eight year history has strengthened the cohesiveness that is Theody. Production value is high with seamless transitions between the aforementioned light and heavy moments. It is this track that also lends it’s lyrics to the album’s title. Carousel reinforces the lyrical content with a range of driving bass and drum accompanied by screams from Kinder. As the album draws to a close, the more astute listener will identify the slightly different tonal range in some of the lines. Kinder’s sister joined in this track as a guest vocalist. Essentially the album borders on the hard rock style, and yet is tempered with the catchy pop vocals of Kinder.

Overall, the album has obvious comparisons to Amy Lee from Evanescence and Lacey Sturm from Flyleaf. After all, Christian bands (yes, the religious association to Evanescence is debatable) with a dominant female vocalists are much less present than those with a male fronted singer. And yet Lauren Kinder showcases her extraordinary talent and range in such a way that she stands out from the crowd. Given the talent Kinder shows on this album, it would have been great to see a heavier influx of harder vocals.

Support the artist! Theody’s website can be found here (opens new window) with links available on the site for their music and merch.

Favourite tracks: Tempest for the heavier moments, Closer for the deep philosophical moments, and Glass House for the wonderful mixed melodies of both vocalists.