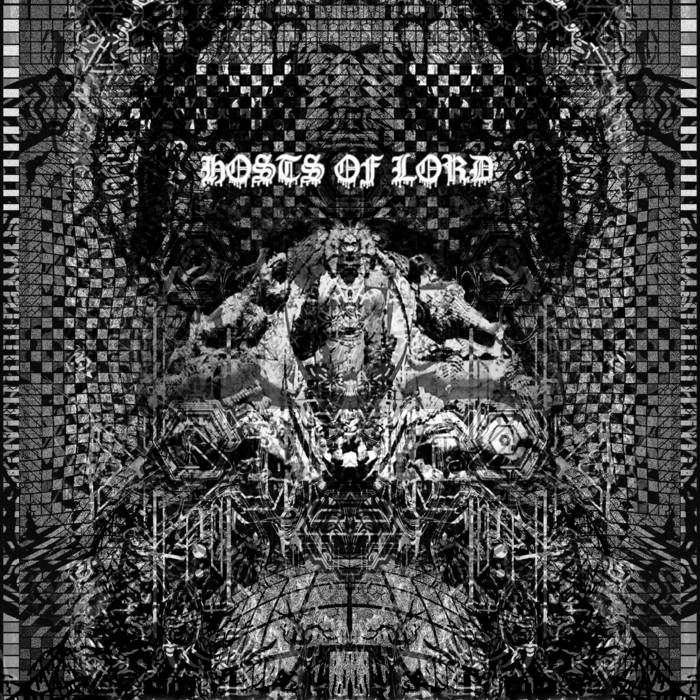 Album: A Chamber Above Cosmic Waters

Musically, A Chamber Above Cosmic Waters is classic black metal with a few modern twists. Frenetic guitars and drums create a wall of sound, with secondary guitars lending a melody over top of the noise. If you are itching for raw, gritty old-school black metal, A Chamber Above Cosmic Waters will scratch that itch! The melody of some songs works into your brain and helps break the monotony of the wall of sound. Two shorter songs in the middle and end also add variety, and bits of synths peek through cautiously here and there.

The vocals also hearken back to old-school black metal, but it’s almost impossible to discern what Μαθθίας is screaming, even with lyrics in hand. For much of the album, it sounds like the lyrics are the recording of a frog in a tin can. Interesting, but not the most pleasant to listen to.

I’m not sure what the mindset was on the production of this album, but it seems ‘dirtier’ (grittier, harsher) than past Hosts of Lord albums. I assume this was intentional, perhaps a trying out of different techniques or new equipment. Personally, I’m not a fan of the new sound of Hosts of Lord. Their past two albums sound cleaner, better, fuller, with richer production throughout. This raw sound might appeal to some, and I appreciate it when artists try new things, but the production on A Chamber Above Cosmic Waters is too tin-canny for my tastes.

In short, A Chamber Above Cosmic Waters is a step back in the progression of Hosts of Lord. His previous two albums are stronger musically and in production value. Still, Μαθθίας is to be applauded for trying out new sounds and styles. Even though it’s not as strong of an album when compared with previous Hosts of Lord and Dawnbreaker albums, it definitely sounds different, and no one can accuse Μαθθίας of being musically complacent. While I applaud his creativity and the classic black metal sound he offers here, I do hope that he reverts back to his former production method and sound. Because he is so prolific, I’m guessing we won’t have to wait long at all to hear his next offering, and I will be glad to check that out to see how Hosts of Lord continues to evolve.